During this time, a narrative has been forming. As much as I’ve been down in the details, I also feel like I’ve been floating in the ether, watching this all unfold from a distance.

And here’s what I believe: This election is so much more than what Hillary stands for and will do with her time as President.

It is a deep, profound shift in consciousness. A truly defining moment for our evolution and planet.

When we vote for Hillary, yes, we’re voting for a President who believes that the choice to get an abortion is up to a woman and her doctor; that the U.S. needs to take climate change seriously and become the world’s clean energy leader; that it’s time to close loopholes and introduce universal background checks to prevent guns getting into the wrong hands; that we need to make college more affordable; that we need to cut taxes for the middle class… and so much more.

But when we all go to the polls on November 8th and vote for Hillary, here’s what we’re also voting in:

• A shift in consciousness. The elitist, entitled, racist, sexist and downright vulgar way patriarchy has governed us for centuries is taking a shaking. We’re seeking more humanitarian ways of coexisting with ALL others and the planet. It’s not about labeling things as “right” and “wrong,” but focusing instead on how to get along as human beings and share information, resources and compassion. We, as a species, have more than enough if we stop focusing so narrowly and begin to explore the good for everyone.

• A more feminine approach to leadership. This includes listening to diverse points of views before taking action; delegating consciously and with integrity to create a more inclusive leadership; and strength that comes from “enough already” anger vs. ego, ego, ego.

• A decrease in violence. As Michael Moore said in his documentary Trumpland (great watch!), “No woman has invented a smokestack, a nuclear bomb. They don’t go into schools and shoot them up.” This isn’t to say women can’t be violent or that, within this shift, violence will completely disappear. But when women are at the helm of corporations, communities and countries, conflict will be handled differently. It’s the feminine way.

And when we vote for Hillary, here’s what we’re voting out:

• Trump of Doom. Which should be good enough. But also:

• Male dominated, antiquated ways of thinking/doing that no longer serve us. For thousands of years, there’s been a polarized black and white way of thinking that’s caused pain and suffering to everyone—women, LGBT, black people, immigrants— BUT the white men at the top making decisions on behalf of everyone else. When we vote for Hillary, we’re voting for a shift to the more feminine—through her, and the women leaders that she’ll inspire to follow.

• Losing basic rights through conservative Supreme Court appointees, keeping the minimum wage at unlivable levels, more difficulties with health insurance access, and racist laws. Those will all GO when we vote for Hillary on the 8th.

For those of you who want to vote in this new shift in consciousness and more feminine approach to leadership and life but don’t feel like Hillary is the woman to do it, know this: Hillary is our transition.

Transitions are rocky and can feel off kilter for awhile. Most of us have resistance when we face new challenges, yet growth comes from stepping into the new, the uncertainty, and facing our fears.

She’s not perfect, just like we’re not perfect. Frankly, her military stance is not one I favor. Her support of big banks makes me queasy. While she certainly integrates the feminine approaches to leadership, there’s still a very masculine side to her. She reminds me of women executives in the corporate world who feel pushed to display male strengths in order to be taken seriously.

As Michael Moore said in his documentary, white men have been dominating our culture for 10,000 years. It’s going to take some time to get things back in balance.

But she is the choice—the ONLY choice—that will move us in the direction of the feminine and all it believes in and stands for.

As we move into the final days before the election, the in-the-weeds me feels the weight of this last year. I feel exhausted by and disappointed in the ugliness and violence and disconnect this election has kicked up.

But the me watching this all unfold from the ether? Feels ecstatic to be alive at this defining moment. Feels an enormous privilege to help shift our society, country and world into this new consciousness.

Feels so much hope.

As always, this is conversation. I’d love to hear from you. Head on over to FB and tell me: Are you feeling this shift in consciousness, too? What do you want to vote in and vote out? 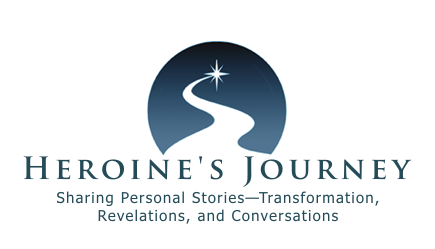 My newest memoir, Yearning for Magic: Spiritual Journeys of a Mother, Healer, and Lover, The Heroine’s Journey Book 2, explores the meaning and joy I discovered in surprising places: from a christening on a Greek Island to life in an East Village Quaker community, and from a miraculous healing in Brazil to a life-changing spiritual experience in India, and learning homeopathy. I’m happy to announce My Journey Through War and Peace: Explorations of a Young Filmmaker, Feminist and Spiritual Seeker, The Heroine’s Journey Book 1, won the Silver Award in the memoir category for both the IBPA Benjamin Franklin Awards and the Foreword INDIES book of the Year Award, and was a #1 Amazon bestseller.

Prior to doing this work, I was a filmmaker, producer and former war journalist for the BBC, CBS, and other networks. My team was one of the first documentary crews in the Soviet Union at the height of the Cold War, and a story about me in Afghanistan was featured inThe New York Times. I was just in my twenties when I traveled with the mujahedeen, filmed an attack on a Soviet convoy, slept with an Afghan commander, and climbed 14,000 foot mountains in the Hindu Kush. These experiences and many more are featured in my adventurous spiritual memoir, My Journey Through War and Peace: Explorations of a Young Filmmaker, Feminist and Spiritual Seeker.

I was the executive producer of "Women in Limbo Presents," a national public television series about women’s lives, and I’ve served as president of the New York Film/Video Council. My book, The Four Methods of Journal Writing: Finding Yourself Through Memoir,was a #1 Amazon bestseller. I spent several years as an internationally recognized leader in homeopathy, co-founded the Catalyst School of Homeopathy, and produced and hosted one of the first successful radio shows on Voice America on homeopathy. 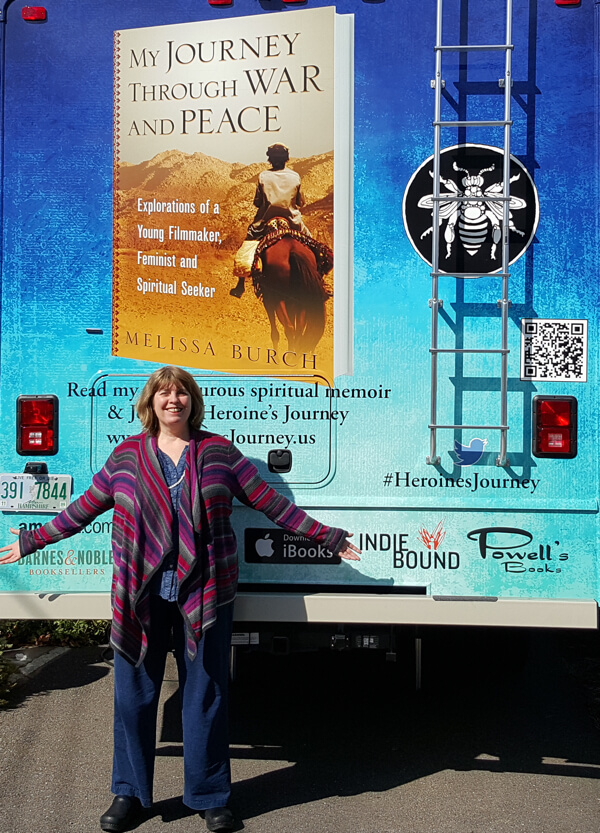