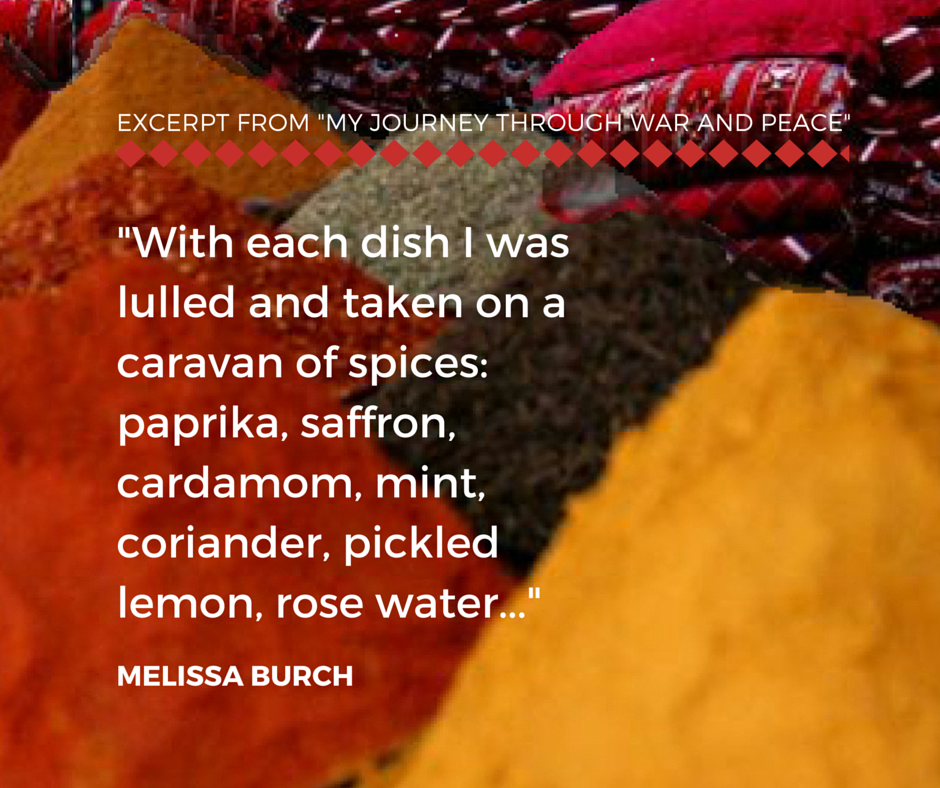 As a war reporter in Afghanistan in the 80s, I found myself embarking on both the hero’s journey and the heroine’s journey at the same time. I was in a war zone, deeply committed to capturing the footage that was asked of me, my eye constantly on that prize. At the same time, the experience forced me inwards and made me explore my intuition, courage and strength.

It also made me question long-held beliefs I had about the life I wanted to live and, most importantly, the relationships I wanted to build and nurture.

As you cycle through your own heroine’s journey, you’ll undoubtedly find yourself face to face  with your own long-held beliefs. Sometimes, you’ll have a deeper appreciation for them. But often, after some deep examination, the ideas and beliefs that once felt true might not feel so true anymore.

Today, I want to share an excerpt from my memoir, My Journey through War and Peace, where I begin to shift my long-held beliefs about marriage and my relationship with my then-fiance George.

I was having dinner with the family of Doc, one of the tribal men I was traveling with in Afghanistan and who I’d just began sleeping with.

A very old man with a deeply wrinkled face, old enough to be Doc’s grandfather, sat on the floor, in front of the pale green sheet where the meal would be served. Of the women, I saw only their hands, delicately jingling from bracelets swiftly moving through the curtained doorway, passing the bowls to the children, who brought dish after dish of steamy white rice, cooked goat in tomato sauce, chopped greens, eggplant in yogurt, cheese with raisins, and long flatbread. With each dish I was lulled and taken on a caravan of spices: paprika, saffron, cardamom, mint, coriander, pickled lemon, rose water… The men chatted in Pashto about the war, births, deaths, sickness, and weddings, letting me go deeper into my own thoughts. I felt as though their stories were like ballads, timeless stories told over eons, so different from my grandparents’ ritual of watching TV after dinner.

Doc cut open a dark red fruit with ruby seeds and handed me a few seeds to chew on. The tart nectar touched my tongue and bubbles erupted in my mouth, better than any French champagne. Afterwards, the pomegranate became a fruit that I would forever crave. Green tea, poured into etched glasses and served on polished brass trays, interrupted the Pashto conversation.

Doc translated a question from the uncle with mischievous brown eyes, “Do you have husband?”

I shook my head no. They laughed heartily from their bellies, which were full from the dinner.

“My fiancé is in Greece doing military service.”

Doc translated for his family first, children listening, too. Then for me. “Your father get many, many fat sheep for you. Maybe camel, too,” said the second uncle, with bushy white eyebrows and a long, mullah-style beard. I stared down at my cup of tea and picked out a pattern on the Oriental rug that looked like birds on a tree. Marriage seemed to be about captivity here. Home was a closed world and the men were the guards. Women were chattel in this society. They found their individuality among each other in a domestic world.

There was more laughing.

I asked the first uncle, “How many wives do you have?”

His eyes brightened, and he held up four fingers, the maximum number allowed under Islamic law—something I first read about in my guidebook. I turned to look at Doc, who avoided my stare.

I returned to the conversation about my future husband, “Only if I can be number 1 wife. I won’t share.”

We all laughed at my adamant requirement for marriage. Doc smiled at me for an instant, and I met his eyes, the secret of our liaison dissolving between us. Had I been a Muslim fiancée and the head mullah found out about our affair, I could have been stoned. Doc, on the other hand, would hardly have suffered a blemish on his reputation. My guidebook was full of these cultural adages.

In Quetta, before crossing the Afghan border, Maria and I had stayed at the tribal chief’s compound, waiting for arms to be secured. Commander Muslim had four wives. During the day, a constant circus of emotions swirled around us. The first wife, the senior matriarch by twenty years, often stormed through the house barking demands at her three younger rivals, who were the same age as her married daughter. Each night, the wives waited in anticipation as the patriarch chose which bedroom he would enter. The matriarch tried to ignore this ritual, already resigned to the fact that she would be overlooked. The youngest wife, with a newborn suckling at her breast, seemed grateful not to be chosen. The other two wives peeked out of their rooms, eyeing each other in a staring contest. Then, the fateful slam of the door followed.

My mother had wanted it all, the career, the husband, the family, and it was a disaster. In the fifties, the woman was expected to support her husband by staying home and taking care of the children—not so different from tribal Afghani customs. But my mother was different. She wanted to be free and in control of her destiny. She was smart and ambitious. But the reality proved to be too hard for her. After witnessing her struggle, I didn’t believe it was possible to succeed on all fronts. Something would have to be sacrificed.

I wanted a chance to be a filmmaker and to be with George. He made incessant marriage proposals. I conceded to marry him some time in the future. I was determined that our life together would not be under any of the cultural rules of our parents’ generation. We would have to find equality, openness, better communication, and ways to work out difficulties. I had no idea how we would succeed. I had no role models.

I had promised marriage to George, after he agreed on an open relationship.

As you begin examining your own long-held beliefs, I encourage you to explore what’s true for you—even if what you discover goes against what society (or your parents, or your husband) deems acceptable. This is your sacred, solo journey, after all.

And if you want to know what happens to George and me as I continue to explore my own truths, you can pre-order My Journey through War and Peace here (or visit your local independent bookstore.)!