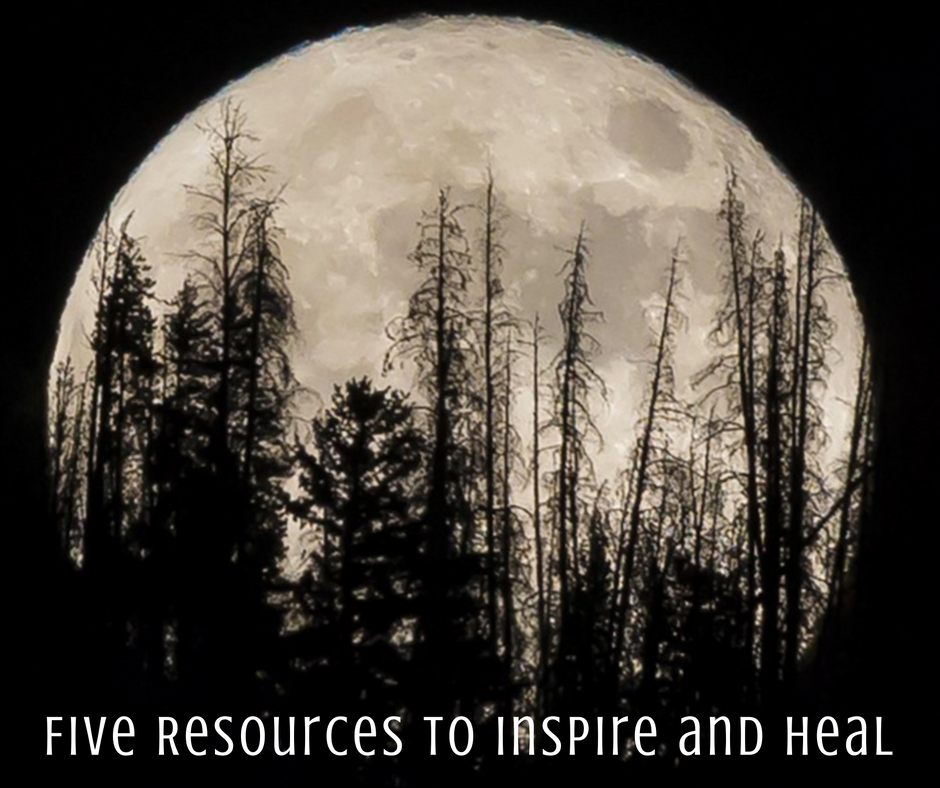 As we process this past week and what it means for us as women, as wives, as mothers, as friends, as boomers, as business owners, as employees, as immigrants, as LGBTQ, as human beings, I’ve felt lost. Devastated. So utterly confused. MAD AS HELL.

To help me work through my own feelings and understand just what we do now, I’ve looked to the people whose voices I most value and trust.

If you, too, are looking for consolation, support, solidarity and perspective, I invite you to check out these five pieces. They’ve offered me great comfort—and inspiration—in what has been a complicated, exhausting week. I hope they’ll do the same for you.

1) We Were Made for These Times, Clarissa Pinkola Estes

“My friends, do not lose heart. We were made for these times. I have heard from so many recently who are deeply and properly bewildered. They are concerned about the state of affairs in our world now. Ours is a time of almost daily astonishment and often righteous rage over the latest degradations of what matters most to civilized, visionary people.”

“This wasn’t a pretty election. In fact, it was ugly, and we should not sugarcoat the reason why. Donald Trump ran a campaign that started with racial attacks and then rode the escalator down. He encouraged a toxic stew of hatred and fear. He attacked millions of Americans. And he regularly made statements that undermined core values of our democracy.

3) An Open Letter to Ivanka Trump from Michael Moore: “Your Dad’s Not Well”

“Dear Ivanka: I’m writing to you because your dad is not well. Every day he continues his spiral downward – and after his call for gun owners to commit acts of violence against Mrs. Clinton, it is clear he needs help, serious help. His comments and behavior have become more and more bizarre and detached from reality. He is in need of an intervention. And I believe only you can conduct it.”

4) Behind Our Anxiety, the Fear of Being Unneeded, Dalai Lama

“In many ways, there has never been a better time to be alive. Violence plagues some corners of the world, and too many still live under the grip of tyrannical regimes. And although all the world’s major faiths teach love, compassion and tolerance, unthinkable violence is being perpetrated in the name of religion.

And yet, fewer among us are poor, fewer are hungry, fewer children are dying, and more men and women can read than ever before. In many countries, recognition of women’s and minority rights is now the norm. There is still much work to do, of course, but there is hope and there is progress.

How strange, then, to see such anger and great discontent in some of the world’s richest nations. “

“I don’t often yammer about “manifesting” because I think the whole topic is a bit cheesy. On the other hand (she said, blushing) I know it works. Call it the Law of Attraction, call it selective attention, call it karma, call it long distance and tell it to jump off a bridge if you want—the plain truth is that we basically experience the world we think into being.”