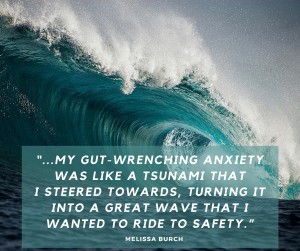 “I didn’t feel attached to life or death, but I felt protected, driven by an invisible force. Nothing made sense. This journey into war in Afghanistan could have been a death fall, but the experiences I was going through made me feel energized and unbreakable.”

~ My Journey Through War and Peace: Explorations of a Young Filmmaker, Feminist and Spiritual Seeker by Melissa C. Burch (Mosaic Press, 2016)

We often talk about our intuition and the importance of it, but have you ever really given thought to your own? What it sounds like? What it’s telling you? How clearly–or not so clearly–you can access it when you need to? How much you trust it?

My intuitive voice started shouting at me in my twenties when I was in Afghanistan.

I found myself celebrating (or not celebrating, as it happens) my 21st birthday on the infamous, war-ravaged border between Afghanistan and Pakistan in 1982. My mind was noisy with the track playing on a loop: how did I get here, what am I doing here, what was I thinking? or I might have had the pensive time to feel the appropriate terror of the war zone I was in. Bolstered by courage I manufactured from my life-long relationship with anxiety, my finger was frozen, pressed down hard on the shutter control of my camera as the sites of AK-47s held by Russian soldiers showered us with bullets — me and the mujahedeen ambushing them.

Courage, and the testing of its limits and myself, were my antidotes for the past. Most of us have our outlets, some self-destructive and others adrenaline producing. Some wise souls are drawn to spiritual exploration, while others find a relief in harnessing the perfectionistic zeal of overachievement. But for me, escape into adventure was the script I had been reading from since I was twelve. I knew how to step away from the low-grade rumblings of not good enough that followed me out of my childhood. I rode my anxiety, a result of life in my wounded, rage filled, family, right into Afghanistan and into other wars real and imagined.

“In this war zone, my gut-wrenching anxiety was like a tsunami that I steered towards, turning it into a great wave that I wanted to ride to safety.”

~ Excerpt from Chapter 1, “Afghanistan Ambush,” from my memoir, My Journey Through War and Peace: Explorations of a Young Filmmaker, Feminist and Spiritual Seeker, Book 1 from thePathfinder Trilogy, an adventurous spiritual memoir series.

But it wasn’t until I arrived that I discovered my most powerful defense mechanism yet. In my first of many near misses, I found myself not motivated by courage so much as a self-preservation instinct, a sixth sense for imminent danger. I drew up from a place within me I’d never tapped before when a bomb exploded in the exact spot I had been crouching just three minutes earlier. Hardened into a warrior-like state I felt untouchable, invincible. In my alternate reality I sat on the ground watching as dust went up in clouds stirred by crumbling walls and blasts continued to pound the rubble around me just a few feet away.

Weeks later, on the paved road out  of Afghanistan, I shoved a burly, praying Muslim man to the ground and forced him to a truck to get me to safety and a plane home. My impatience to get home for Christmas was only a small part of it. Some higher sense of awareness relentlessly urged me not to allow the men transporting me to break for their prayers on the side of the highway out of Kandahar.

When we crossed into no-man’s-land between Afghanistan and Pakistan, we found a team of rebels in the process of laying mines on the road we had just driven across. Listening to my intuition, and being brave enough to act on that intuition saved us all that night. This would happen many times. Much later, I realized that my time in Afghanistan was a proving ground for training I’d been on my whole life. I may have seized the opportunity to travel to a war zone as an elaborate distraction cloaked as career building and fueled by courage, but my discovery of my most powerful weapon—my intuition became my most valuable outcome.

Your intuition may be more subtle. Everybody has their own unique connection to their intuition.

So how do you get to know yours?

Tune into the voice in your head. What’s it telling you? What happens when you listen to it? And, most importantly, what sensations and experiences are you having in your body as you hear it?

In the beginning, it may not be clear which voice is THE voice. But as you get more familiar with what it sounds like–whether it’s a shout, like mine, or a whisper–and, most importantly, how you feel in your body when you experience it, you’ll be able to discover your own most powerful weapon.

Tags: memoir overcome anxiety spiritual memoir
Previous StoryTina Fey’s New Movie, “Whiskey Tango Foxtrot,” Is About a Journalist in Afghanistan Next StoryThe Moment I Knew I Had a Memoir to Write & the Great Lady Who Inspired It