My newest memoir, Yearning for Magic: Spiritual Journeys of a Mother, Healer, and Lover, The Heroine’s Journey Book 2, explores the meaning and joy I discovered in surprising places: from a christening on a Greek Island to life in an East Village Quaker community, and from a miraculous healing in Brazil to a life-changing spiritual experience in India, and learning homeopathy.

I’m happy to announce My Journey Through War and Peace: Explorations of a Young Filmmaker, Feminist and Spiritual Seeker, The Heroine’s Journey Book 1, won the Silver Award in the memoir category for both the IBPA Benjamin Franklin Awards and the Foreword INDIES book of the Year Award, and was a #1 Amazon bestseller.

My Journey Through War and Peace shares remarkable stories written from the feminist perspective of a young woman coming of age in a new era. These experiences reflect those of millions of American women who had the freedom to pursue their sexuality, their ambitions, their creativity and their spirituality without judgment.

The book was also featured in “The Heroine’s Journey Road Trip and Quest,” a 17-city indie book tour (which included readings at Parnassus Books, Antigone Bookstore, Books & Books, Book Passage, etc.). An Amazon Bestseller in the Literary Travel Category, My Journey was excerpted in the Utne Reader and Burch was featured in a KPBS Midday Edition interview with Alison St. John.

Yearning for Magic and My Journey Through War and Peace are the first of several memoirs I hope to publish, each one focused on a different decade of my life. More adventures continued—even more unusual than a woman war journalist and becoming a homeopath. I am inspired to write these memoirs and help others navigate their own adventures and spiritual journeys.

Since my early teenage years, I’ve been on a spiritual quest, which was initially based on the Buddhist tradition. I followed my father’s beliefs as he became a Zen Master in the Rinzai tradition. I searched for answers about the meaning of life and how to navigate life from intuition and an inward knowing connected to the Divine. My Journey Through War and Peace, focuses on ten years, during my twenties when I was compelled to act in courageous ways (going to a war zone and to the Soviet Union during the height of the Cold War), while propelled by an intense anxiety that led to insight, transformation and new challenges.

During that same time period, I was coming to terms with her alcoholic mother, who was Sylvia Plath’s roommate at Smith College, my weight issues and my desire to be a filmmaker. It all seemed to be happening at once–my news stories on Afghanistan were broadcasted on CBS, BBC, ZDF, NHK and other international television stations. I was also featured in The New York Times’ article “Afghan Areas show How War Cuts Fabric of Life.” This was followed by my experience and news story on American teenagers traveling in the Soviet Union that was broadcasted on CBS. All these life experiences led me to produce a national public television series called, Women in Limbo Presents, a five-part series using an autobiographical format for women to tell their truths. It was a life-changing decade.

Memoir writing became my next quantum leap, which gave me the opportunity to expand my horizons and re-emerge as a teacher of life. I began writing My Journey Through War and Peace right after I turned fifty years old. A good time to review a half-century of a life. I spent the previous year reviewing my past in ten five-year-blocks following a journal writing exercise I described in my Amazon #1 Bestselling book, The Four Methods of Journal Writing: Finding Yourself Through Memoir.

After the birth of my son, my interest was focused on health care and discovering the power of homeopathy over mainstream medical care in healing childhood diseases such as otitis media, flus, and coughs. I took courses and then began the formal study of homeopathy. This form of medicine connected my understanding of energy, consciousness and healing. This expansive paradigm integrated my spiritual practices and medicine. I became an advocate for homeopathy, hosted a weekly radio show on homeopathy for Voice America, co-founded Catalyst School of Homeopathy, and wrote five books for homeopaths’ practices, Vital Sensation Manual, Units 1-5: Based on the Sensation Method & Classical Homeopathy. The books were translated into German, Portuguese and Spanish and are bestsellers in the homeopathy field. 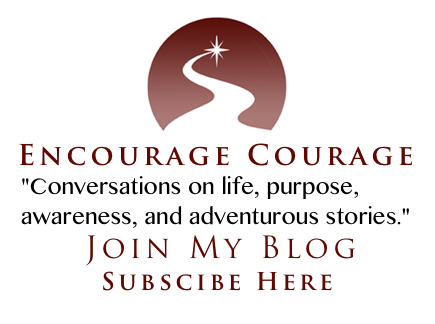